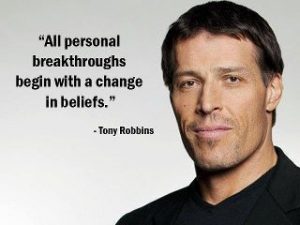 A few videos to share with you today that will have you break old patterns and set you free to living a joyful life. Sounds too good to be true, but just wait…

Soooo….do you have any LIMITING BELIEFS?

Yeah, of course you do. We all have do and they usually drive us nuts!

Limiting beliefs show up as things like actions we take to sabotage our goals, keep us playing small when our dreams are big, have us not speak up in meetings or in personal relationships, hide out and generally doing crap we don’t really want to do, but keep doing over…and over…and over.

I’m going to assume beyond that we’re on the same page about what they are. If you want greater info about “limiting beliefs”, there are thousands of sites to teach you what they are and what creates them.

In my work as a coach I’m often asked for methods to replace, release or rid yourself of limiting beliefs. As you might imagine, having bulimia for 20 years and living in the perpetual binge purge, recovery/relapse cycle I had a few limiting beliefs I needed to change before I could stop that freakin’ insanity.

I found this great(!) yet casual series of 5 YouTube videos with two people I have a lot of respect for; Dr. Morty Lefkoe and Joe Vitale.  Dr. Morty Lefkoe was world renowned for The Lefkoe Method of releasing old beliefs and you might recognize Joe Vitale because he was in the movie The Secret – awesome guys.

The video looks like it was shot while Joe and Morty were at a retreat and Morty walks Joe through the process he created 30 years ago and teaches on his website to release old limiting beliefs.

If you want to let go of some nagging limiting beliefs and create a breakthrough in your life, you won’t want to miss this!

Here are the 5 videos that make up the entire session and below them is my summary of Morty’s changing belief process. Take about 45 minutes total…and definitely worth watching!

These videos are a wonderful demonstration of the power of discovering and unlocking old limiting beliefs.  Try this for yourself by following Morty’s process in the video or you can visit his website at http://www.recreateyourlife.com/free/ to eliminate a belief for free.